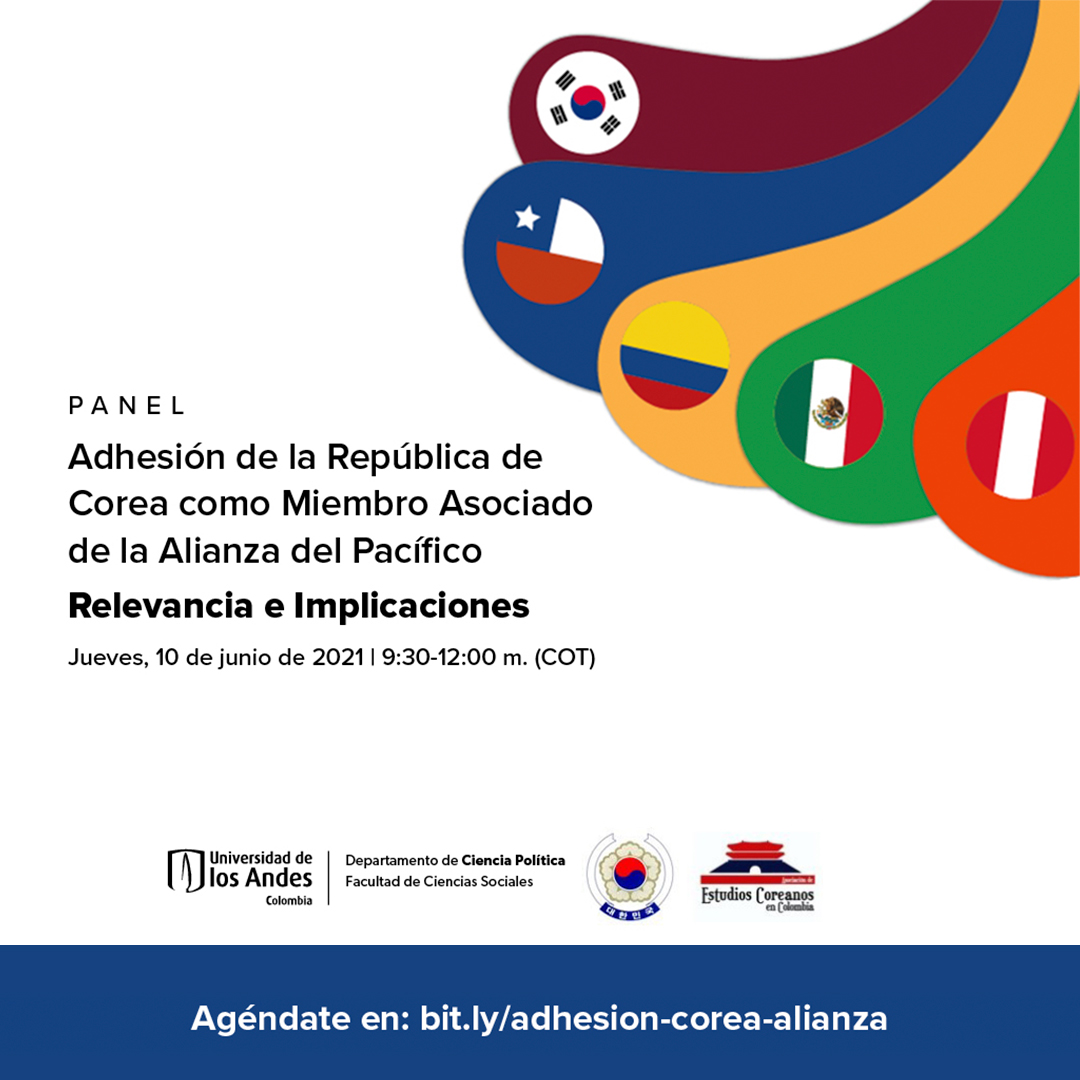 31 May The Republic of Korea’s potential accession to the Pacific Alliance: Relevance and Implications

Posted at 08:18h in Sin categoría by Comunicaciones 0 Comments
0 Likes

Bilateral relations between South Korea and the Pacific Alliance have been strengthened by the establishment of Free Trade Agreements (FTA). In 2003 Chile and South Korea concluded the negotiation of the first FTA between a Latin American and an Asian country, which in turn was the first FTA signed by South Korea.

This is a milestone for interregional relations. Since then, South Korea has signed TLCs with Peru, which entered into force in 2011, and with Colombia in 2016 (Urrego-Sandoval, Pacheco Pardo, Chenou, & Leiteritz, 2021). By contrast, to date, no FTA has been signed between Mexico and South Korea, despite some negotiating exercises over the past two decades (El Economista, 2019). Mexico is South Korea’s first trading partner in Latin America.

In this context, South Korea has expressed its interest in continuing to strengthen its trade and cooperation ties with the countries of the region, specifically, it has shown its willingness to join the Pacific Alliance as an associate member (Yonhap News Agency, 2019). Colombia, a country currently held by the AP’s Pro Tempore Presidency, has expressed support for South Korea’s intention.

In this regard and based on the findings of the Research Project Exploring Trade Cooperation between the Pacific Alliance and South Korea, carried out with the support of the Universidad de los Andes, Korea Foundation, and KF VUB Korea Chair, there is evidence of growing interest in both the public and private sectors, and a favorable vision for advancing this initiative.

However, further discussion of the concerns of some key sectors in the face of the agreements signed and South Korea’s possible accession to the Alliance, particularly in Mexico and Colombia, need to be deepened. This will be essential to provide conceptual elements for public accession discussions that take place soon.

Therefore, this event will allow to explore and discuss with various actors and openly the opportunities and implications of these negotiations in the current international context and considering various regional integration initiatives in Latin America and Asia.

Sorry, the comment form is closed at this time.